EKO-INŻ in cooperation with a leading supplier of technologies for the petrochemical industry designed workshop documentation, produced and delivered two units for crude oil cracking.

The entire implementation was carried out for an important investor – the Azerbaijani State Fuel Company SOCAR (State Oil Company of Azerbaijan Republic).

The scope of supplies of the EKO-INŻ company was the delivery of 2 two-chamber cracking furnaces with communication platforms, flue gas and air ducts, stacks and the accompanying supporting structure for servicing the pipelines – called Valve Structure with several Pipe Racks segments.

Due to the huge costs of downtime in the production process, the furnace casing and accompanying platforms were made on a specially prepared, temporary assembly site. Thanks to this, the assembly of the structure did not interfere with the operation of the original units in any way. The whole structure (after full assembly including pipelines and even handrails) was transported to the destination using SPMT trolleys.

The project started in 2017, when the design and construction phase of the temporary flue gas channel connecting the preceding fuel units with the main chimney of the facility began.

Several hundred tons of channel served as a bypass for the following years, until the works were completed. In the years 2018 – 2019, EKO-INŻ systematically delivered subsequent elements of the installation with a total weight of nearly 1500 tons.

An interesting fact is that all this time furnace elements were installed on a temporary construction site with specially mapped foundations in accordance with the concept of the general contractor.

Only in June 2019 more than 80% of the structure originally assembled on a temporary site was completely transported to the final destination. The whole procedure was aimed at minimizing the period of stopping the cracking process to just a few days.

The execution of the order included cooperation dozens of engineers, including people from Portugal, Italy, the Netherlands, Iceland, and the Czech Republic. In addition, about 300 people from Poland, including EKO-INŻ employees and their subcontractors, participated in the work.

An important aspect of the implementation of the order was to coordinate the work of the design office, technologists and material’s suppliers, customs agencies and forwarding companies. Thanks to the proper planning and scheduling of the work, the project was completed within the intended time, despite many revisions and changes.

Implementation of the implementation was associated with the cooperation of several independent organizations and technology departments from the Netherlands, Italy, Poland, and Azerbaijan. The project involved technologists, engineers, managers and forwarders of many nationalities (including Portugal, the Netherlands, Italy, Iceland, the Czech Republic, Poland, Belarus, Georgia, Azerbaijan, and others)

Due to the high requirements and customs conditions that must be met by the goods, as well as their total quantity and diverse geometry – transport was a huge challenge in terms of logistics and formalities. The chain export transaction generates many difficulties, but thanks to the involvement of many people, the whole operation was successful. 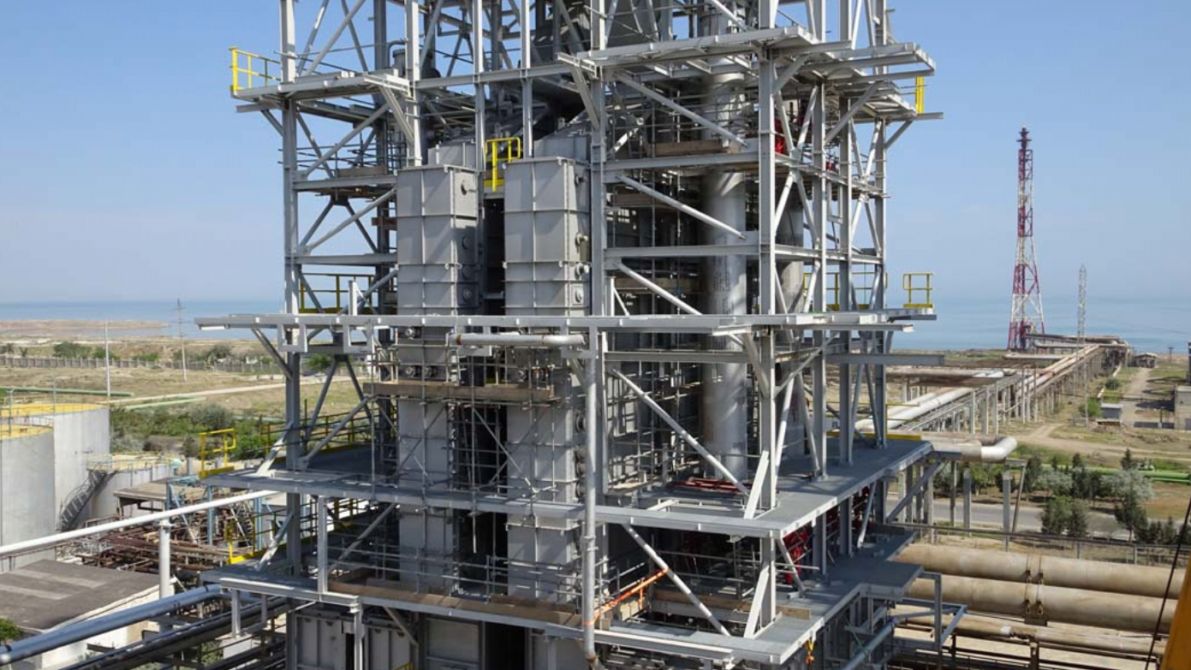 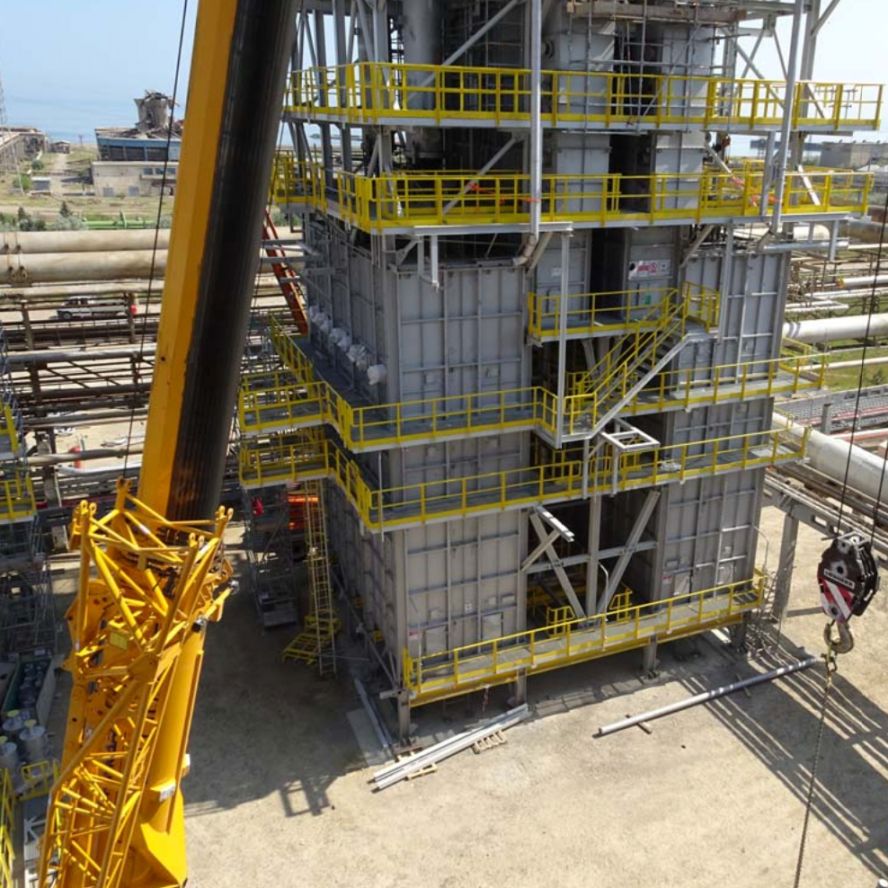 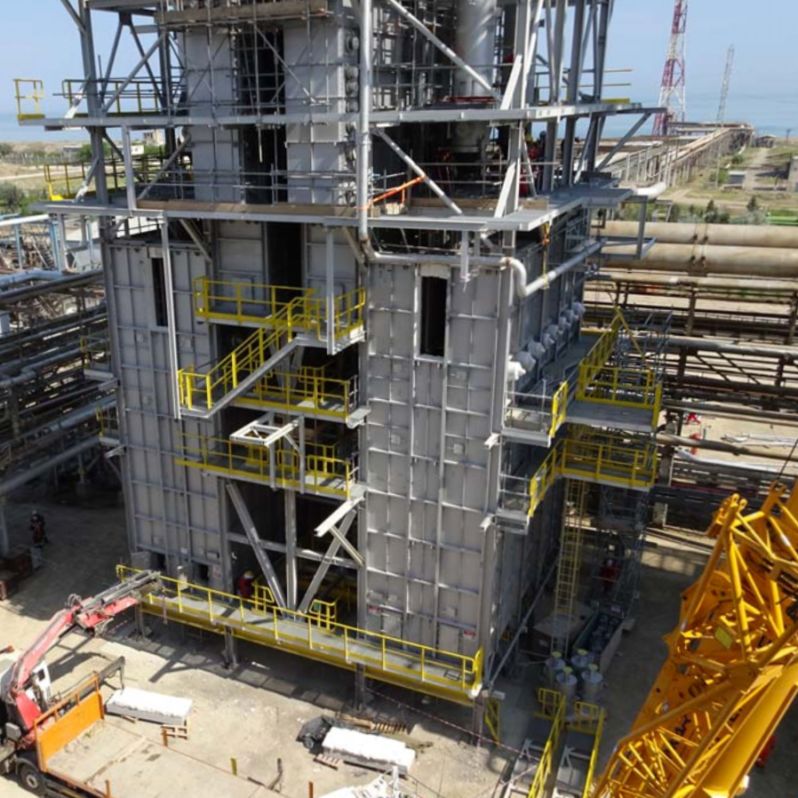 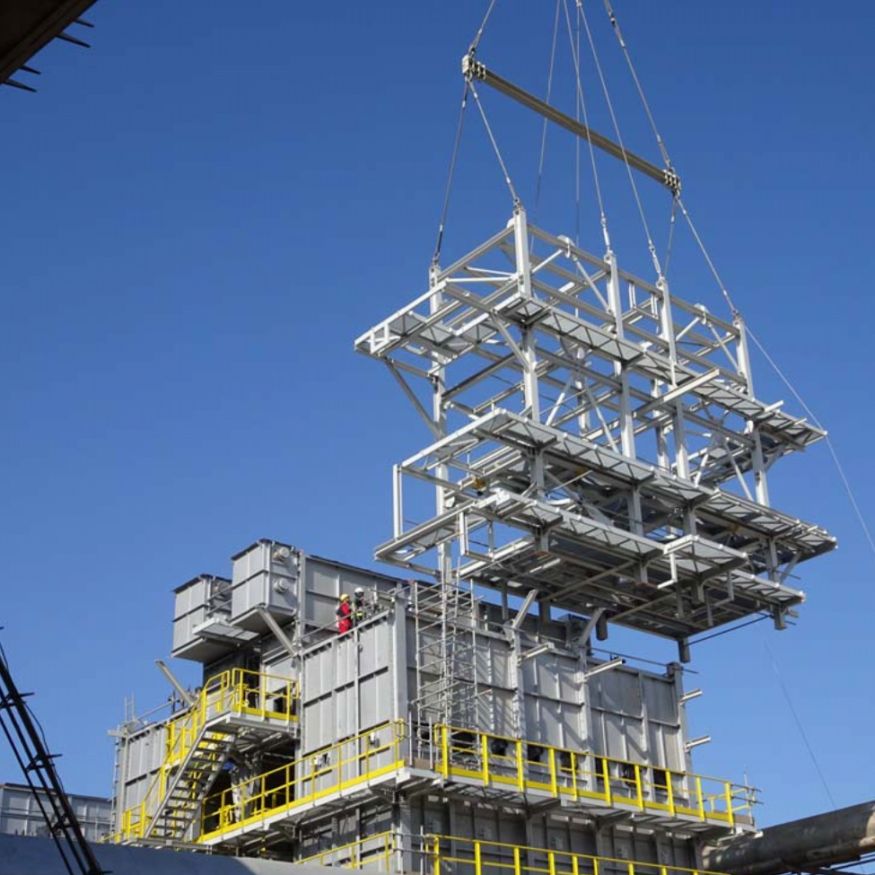 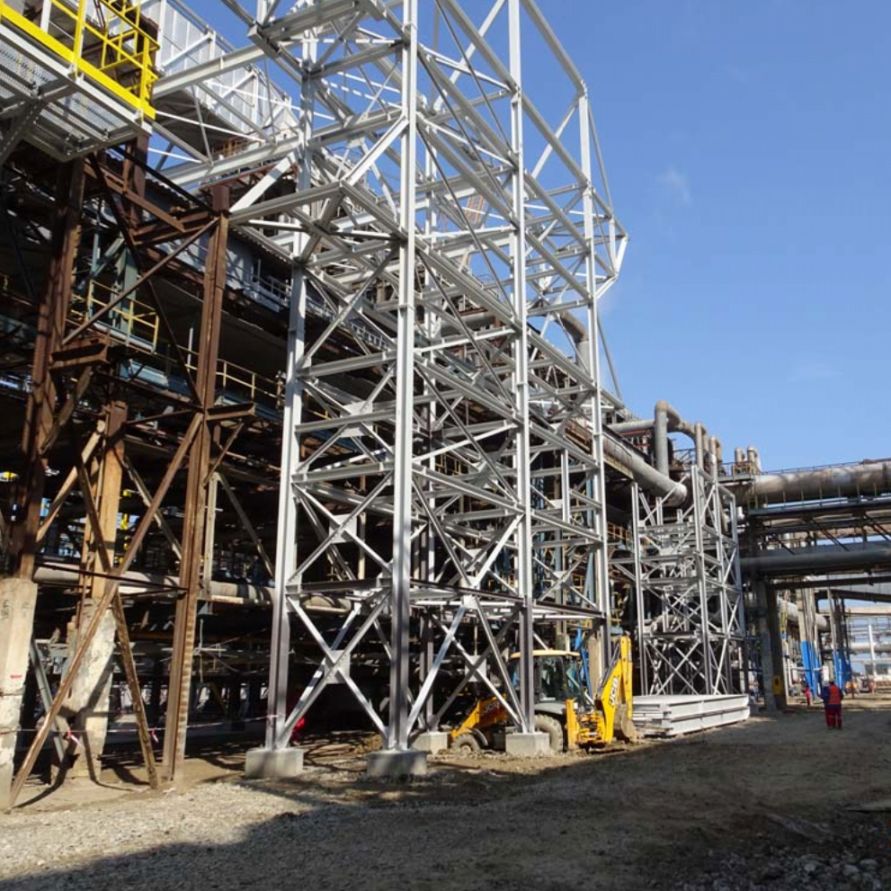 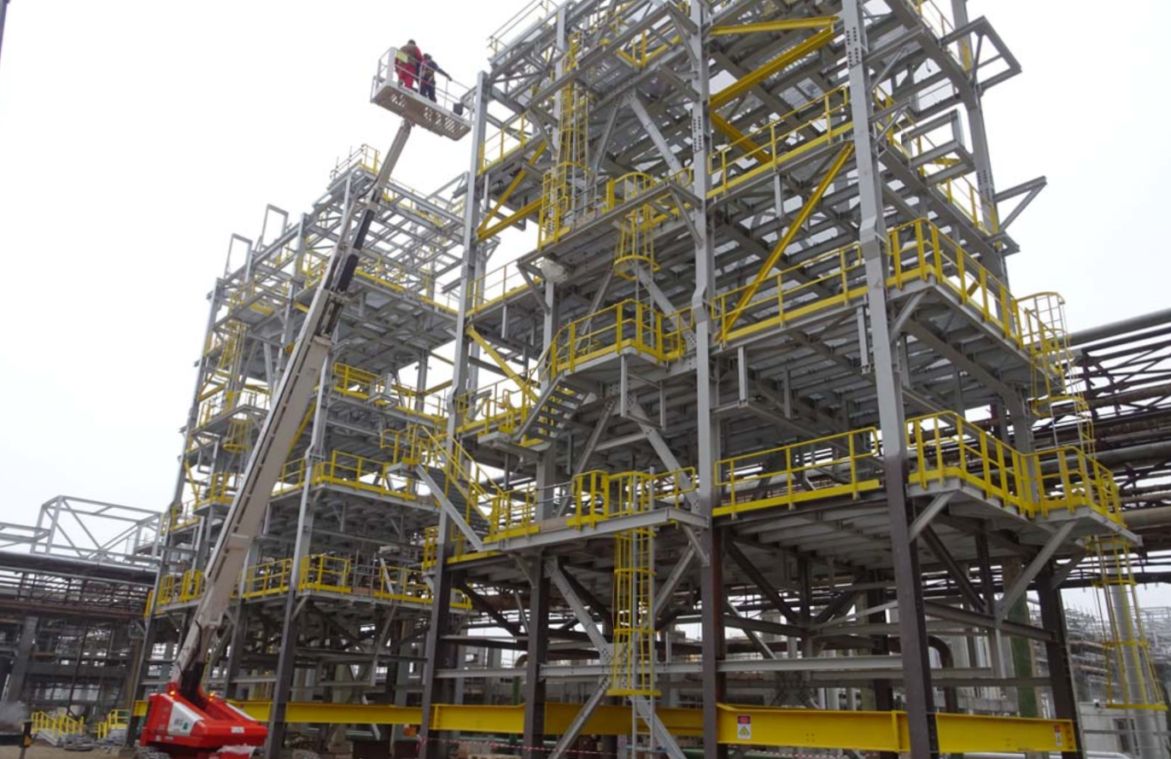 In the years 2017 – 2019, the company EKO-INŻ made and actively participated in the supply of over 1350 tons of steel structures to the Sumgayit Azerbaijani Petrochemical Plant, Azerikimya region.

In the first phase of the project, a temporary flue gas duct was delivered, after a period of about 6 months the supplies of two furnaces were resumed and the project was extended by the supply of additional communication platforms and supporting structures for the accompanying pipelines.

The last deliveries of secondary structure elements (railings, ladders, pipe brackets) were carried out in spring 2019. At the turn of the second and third quarter, assembly works on the site were completed.